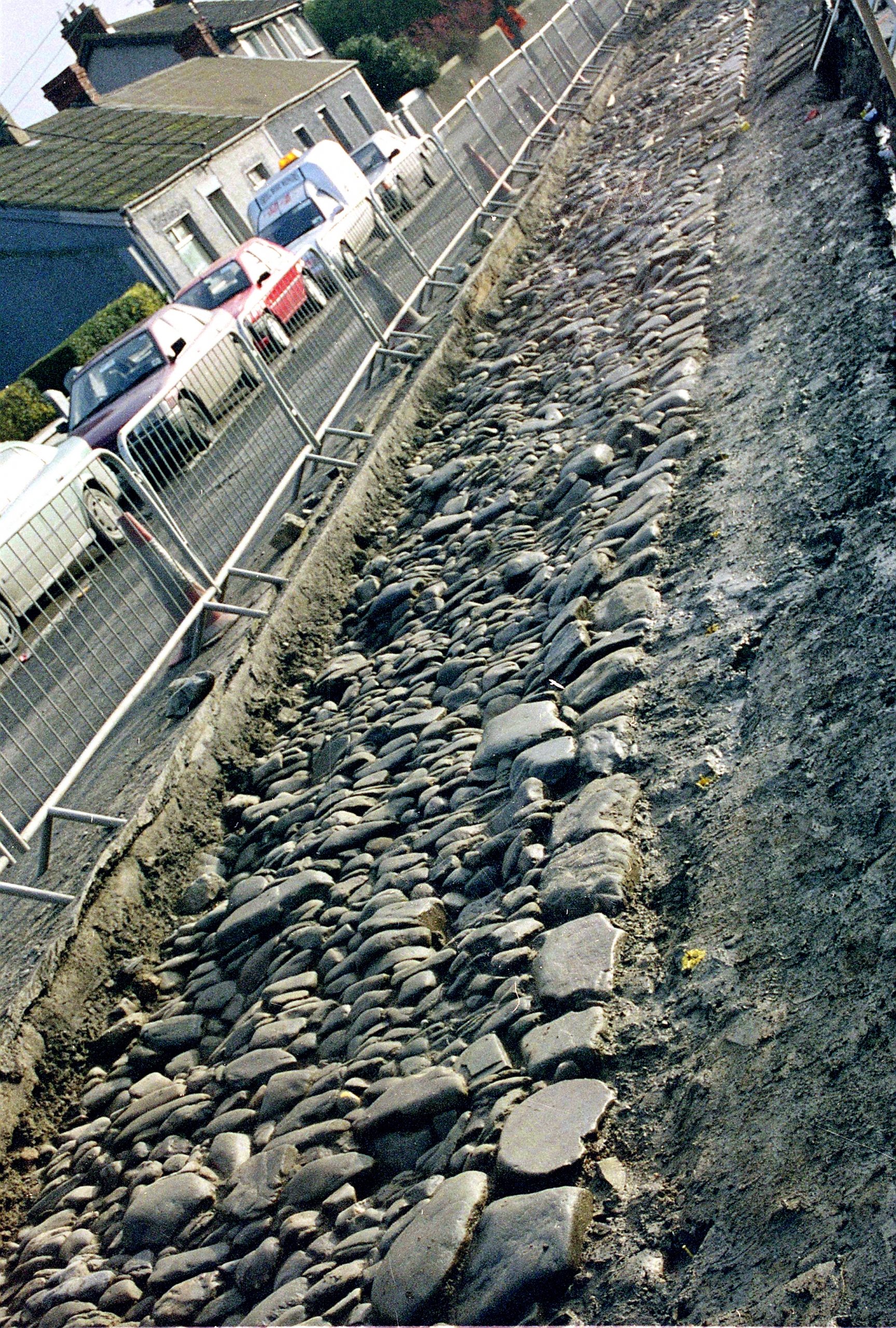 Old maps show us how the road network in the Castletown area has evolved over the centuries.  In prehistoric times, the route from the Mount to Toberona  was part of Sli Mioluachra and of great importance. Medieval deeds have many references to ‘highways’ and ‘royal ways’ in the area. The Castletown Road into Dundalk was formerly know as Balagh Carpat  or ‘the way of the wagons’ and was a continuation of the Point Road.

On Garstin’s map of 1655 this road to Dundalk is shown S of the church and Wren, in 1766, shows clearly a straight road running directly from the Mount to Saltown,  On Taylor and Skinner’s map of 1778 the straight road towards Castleblayney isn’t shown but an older road running WSW from the Cross through the Mount Field to join up with the Greyacre Road.

This route can be seen on the first OS map of 1836 but it no longer exists.

The original ‘Cross’ at Castletown would have been about 100 metres nearer the Mount.    The present Castleblayney Road at the School entrance – where it can be seen cutting deeply into the steep slope – is only some 300 years old.

In August, 1999 the remains of a medieval cobbled road were discovered under the modern Castletown Road.  It ran from the foot of the hill towards Dundalk for a distance of 2 km.  An excavation carried out by archaeologists revealed that the road probably dated from the 12th or 13th centuries.  Apart from a few horseshoes and sherds of pottery, few artefacts were found. Judging by the large stones used in its construction, the surface of this road would have been very rough indeed!

Up until the middle of the 20th century there was a peculiar little octagonal building, nicknamed locally ‘The Inkpot’, situated roughly where the car park of ‘The Claret’ is now located.  It was the house of the keeper of the former toll-gate, where fees on cattle and goods entering or leaving Dundalk were levied.

Embedded in the wall just W of the Ecco Rd junction there is a large stone which was probably a milestone. Little can be distinguished now apart from a large ‘O’ in the top right corner. It may originally have read ’30 Monaghan’  as this is almost the precise mileage from the stone to that town.

Castletown’s ‘King of the Railways’

The second half of the 19th century was the great era of railway construction in Ireland.  One of the most colourful personalities of this period was James Barton, an engineer who lived at Farndreg House.  He worked with Sir John McNeill, his former mentor in Trinity College, on the construction of the Boyne Viaduct in Drogheda.  This bridge was the largest of its kind in the world and one of the wonders of Victorian times.

Unfortunately, a bitter public row developed between the two engineers, both claiming credit for the Viaduct. 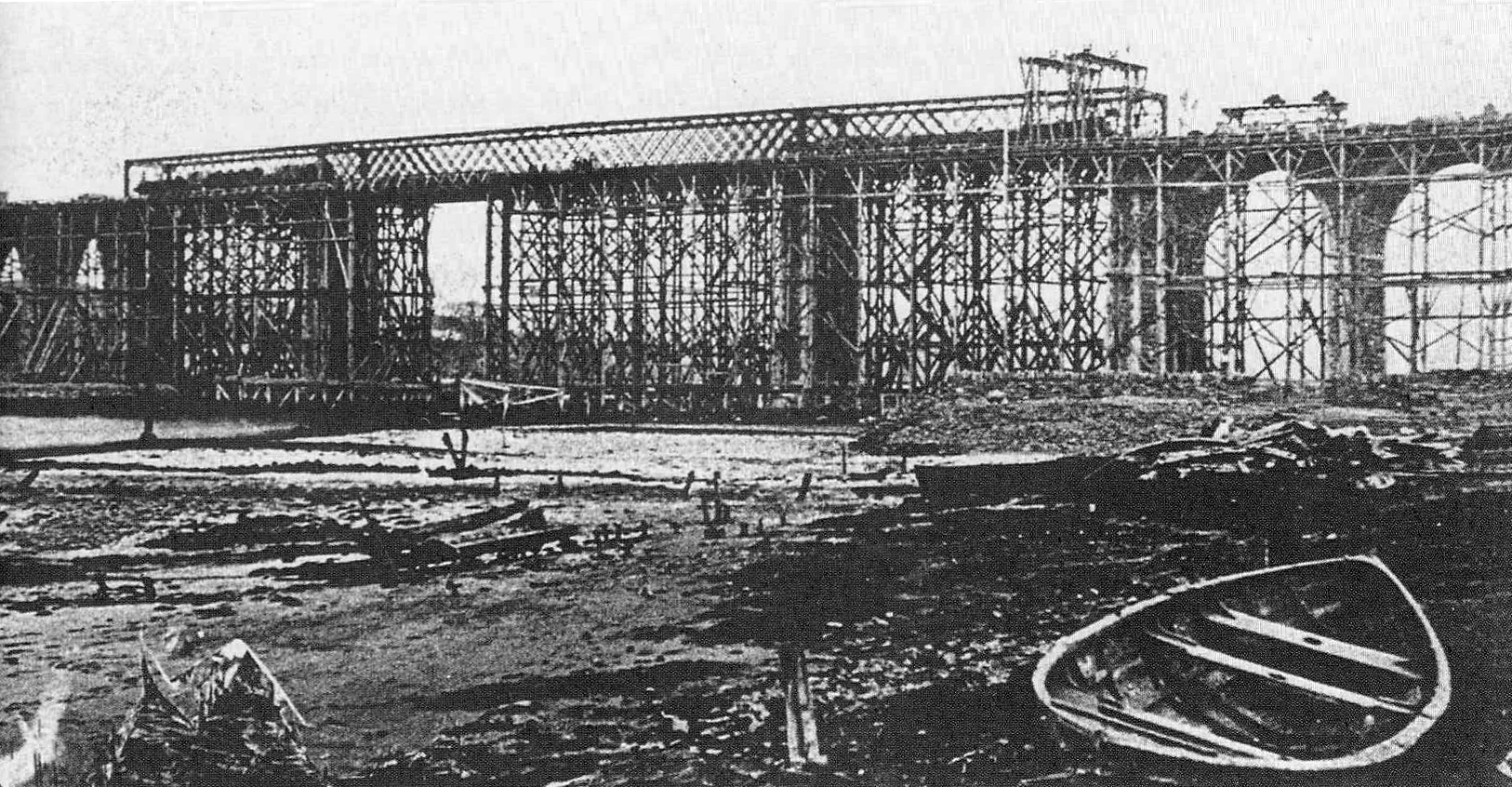 Barton was however the undisputed chief engineer in the construction of the Enniskillen Railway which ran westwards from Dundalk to Inniskeen, Castleblayney, Clones, etc.  Another of his projects was the construction of the railway to Greenore and Newry around the Cooley Peninsula.  This involved the design of the Metal Bridges over the Castletown and Flurry River estuaries and also the ferry port at Greenore.  Showing that he was very much a ‘man before his time’, Barton drew up plans for the construction of a railway tunnel under the North Channel from Antrim to Scotland, a distance of 33 miles. Sadly he failed to get any backers for this scheme. He purchased 39 acres of land at Farndreg in 1862 and built a fine house with 7 bedrooms, tennis court, etc.  All these rooms were needed as he had no less than 16 children.  As an enthusiastic evangelist he was very involved in the Protestant Revival Movement.  This zeal got him into trouble with the railway authorities and he was asked to stop trying to convert railway employees and passengers using the trains. In his later years he was a familiar figure cycling on his tricycle into Dundalk.  He died in 1913, aged 84 years.

Two of his sons were among the many from this area who perished in the trenches of World War 1.  Capt. Francis Barton was killed at Neuve Chapelle on 2.11.1914, aged 34  and Capt. George Barton died at Ypres on 10.4.1918, aged 44.  George had also fought in the Boer War in South Africa.  A fine sportsman, he was gassed and wounded in the 2nd Battle of Ypres but returned to the front and was killed in the 3rd Battle.