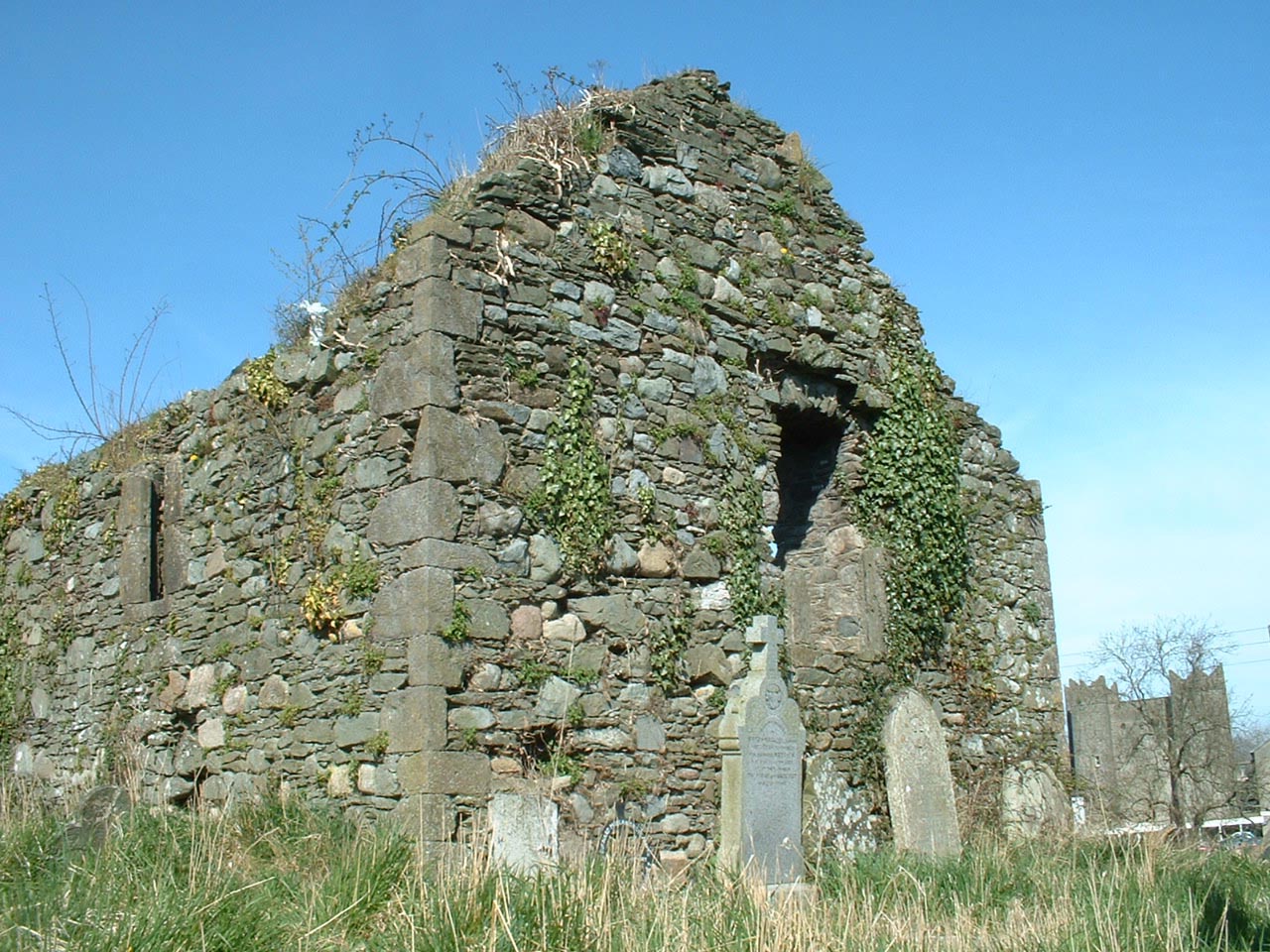 Castletown graveyard contains within its walls many pages of the history of Dundalk.  It was the town’s principal burial place until 1895 when the New Cemetery was opened on the Newry Road.  Castletown probably dates from the early 13th century but none of the inscriptions, apart from the Bellew tomb in the church, is earlier than 1711. In 1748 it was described as ‘only made use of as a burying place by the lower sort of Roman Catholics who are here very numerous’, but most of the burials would date from the early 19th century.  It has been suggested that earlier burials weren’t marked by headstones or that they were removed to make way for newer ones.

The  location of the church close to the northern boundary of the graveyard is interesting.  This would allowed most of the burials to take place to the south of a church which was considered important in the past.

One of the tombs that stands out is that of Patrick ‘Pirate’ Byrne. His vault was built in the form of a small house but the roof stones would not remain in place because, it is said, of his life of crime!

The Roddy-McMahon headstone is perhaps the most unusual in the cemetery.  It traces a very colourful family history including the Battle of the Boyne, the Lisbon earthquake of 1817, etc. and concludes with Brian Roddy who died in 1872 ‘neglected and forgotten by those who should have remembered him’. 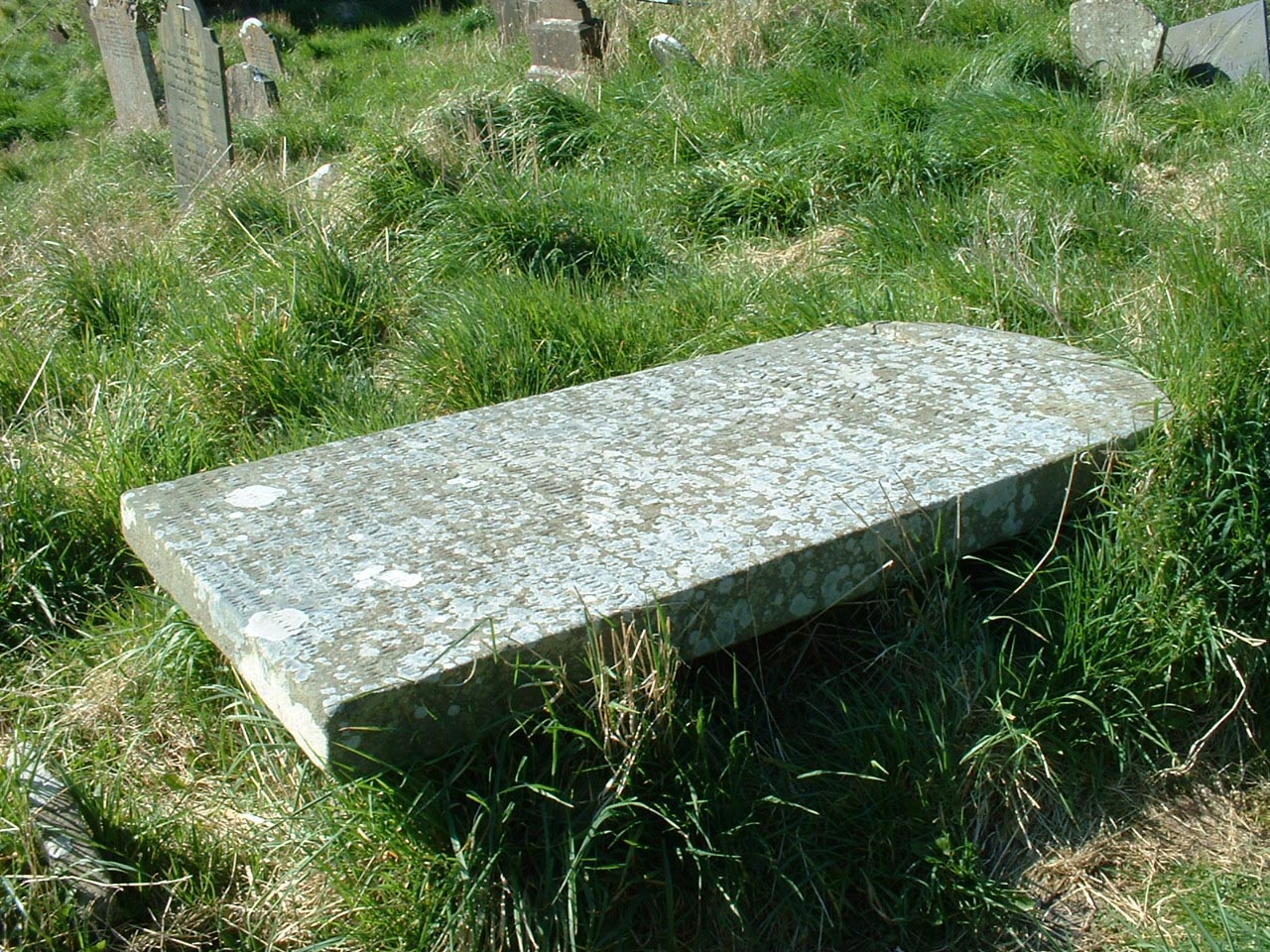 Another stone depicting the Crucifixion is not in fact a headstone but a reredos or ornamental screen from behind a church altar. It is said to have come from a church in Kilkerley and was been brought up to the church in the cemetery when a wheel on the cart broke and it was, for convenience, placed on a nearby unmarked grave.

The imposing monuments erected by business families like Macardles, Carrolls and Connicks in the second half of the 19th century reflected the increased prosperity of the town at that time. The skill of the craftsmen in stone and iron is also apparent. The ornate railings on a large number of graves are a reminder of famous Dundalk iron foundries like Manisty’s. Many of the inscriptions are of course very sad.  Nicholas Carolan had extensive business interests in Dundalk but 7 of his children died in infancy and his wife Catherine died in 1870, aged 40.  Dr. Fitzpatrick died aged 32 in 1833 while attending victims of a cholera epidemic while Fr. Dorian fell a victim to the typhus fever of 1817 aged 27.

The tradition was to  approach the cemetery from the direction of Castletown Cross.  The original entrance was probably in that area and the present entrance gates of more recent origin.

In the past it was customary to protect cemeteries by means of high walls.  This was to discourage grave robbers and the burial of unbaptised infants under cloak of darkness.  As  the Catholic Church forbade the burial of the unbaptised in consecrated ground the unfortunate bereaved had to resort to secret burials.  The local tradition is that newly born infants were buried in unmarked graves along the S wall just inside the gate. 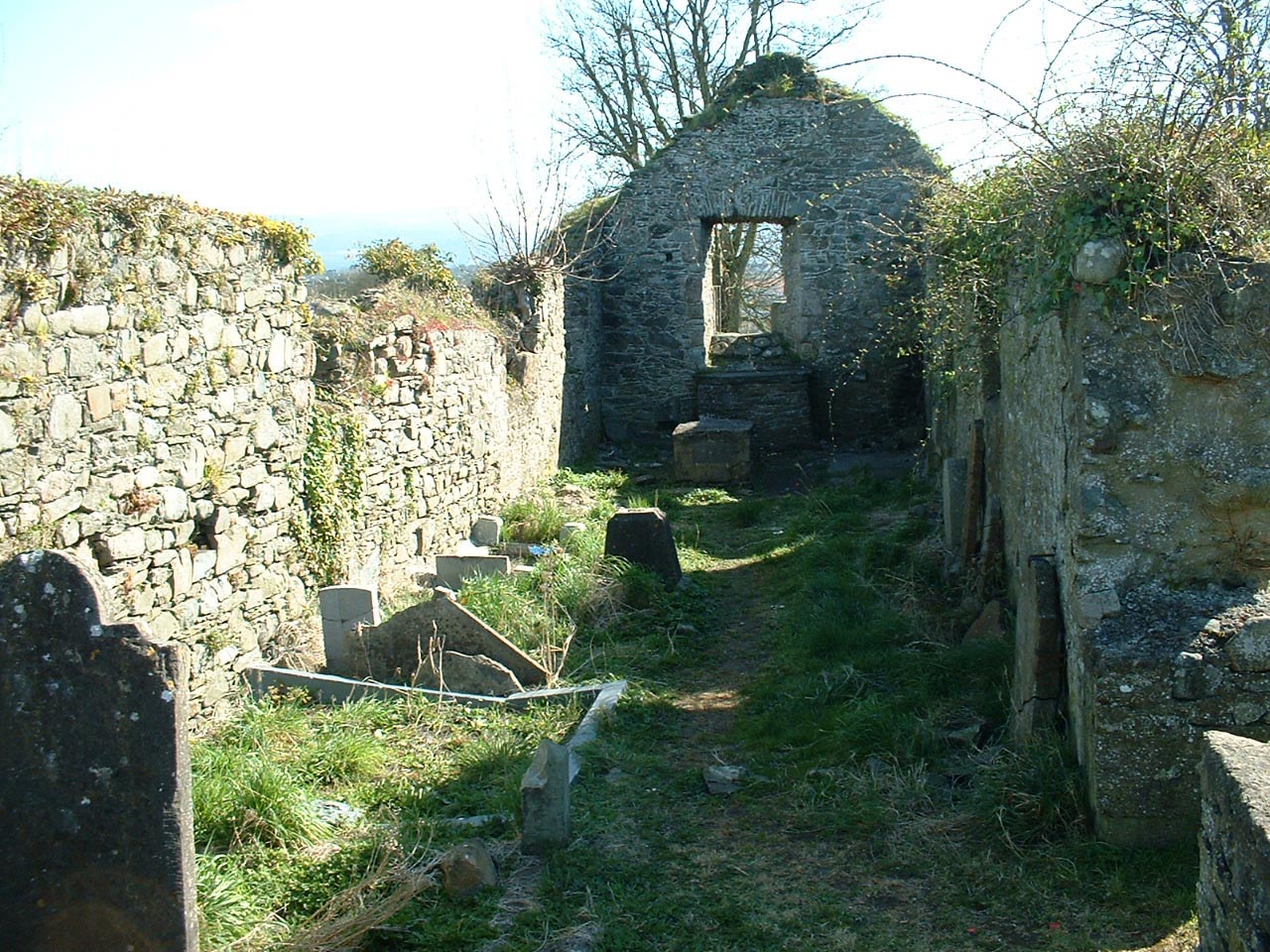 The church in the graveyard has been a ruin for over three centuries.  It was built in the 13th  century and dedicated to St. John the Baptist, the patron saint of Castletown. At that time it would have been the main church in the area as the rectory was in Castletown, not Dundalk.

By 1461, St. Nicholas’ had taken over and the Vicarage of Dundalk was criticised by the Primate ‘in consequence of the non-repair of the Chapel of Castletown’.  Because of the turbulent history of the area the church was usually in a state of disrepair. During the Bellew era some effort seems to have been made to maintain the church in a reasonable condition.  Some refurbishment was carried out while the Castle was been built by Richard Bellew.

Restoration work was needed again in 1631 when  a new altar stone was installed by ‘Sir Walter Bellew, priest’. Evidence of the close link between the church and the castle can be seen in the form of an entrance gate, now blocked, to the church in the wall of the graveyard directly opposite the castle.

When the lands of Castletown passed into English Protestant ownership, the neglect of the church was resumed. By 1692 it was once again ‘out of repair’, probably because of the events that led to the Battle of the Boyne. In 1748, Thomas Wright noted the ‘ruins of an old Church or Chapel, now covered with ivy’ and this sad state of neglect continued to the present day.

School In A Graveyard? 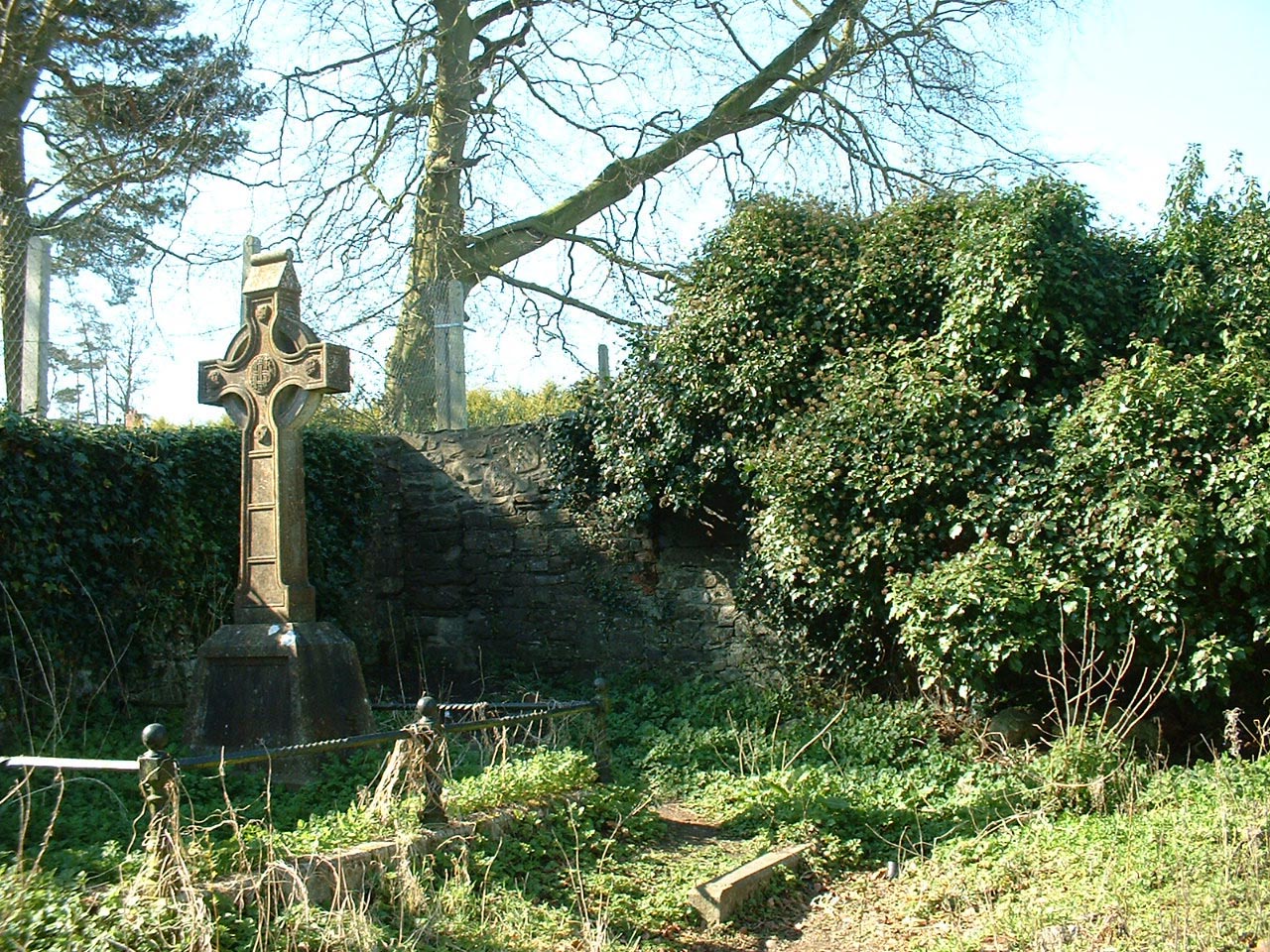 In 1831 the National Education system was introduced in Ireland.  In 1833 the Dundalk Building Society erected a new school in the rather unusual location of the SW corner of Castletown graveyard. In Feb of that year Rev. P.J. Marmion applied to connect the school to the National system, seeking aid for the completion of the premises and a salary for the teacher, Michael Carolan.  He gave the attendance as 49 boys and 49 girls, the scholars coming from as  much as 2 miles away.

Unfortunately the school had a very short history as on the night of the 6th –7th  Jan 1839, a tree came crashing through the roof and the building had to be pulled down.  This event became know in Ireland as ‘The Night of the Big Wind’, when the entire country suffered widespread damage as a result of hurricane force winds.  The name tablet that was over the door of the school survived and was inserted in the nearby adjoining wall.
It reads, ‘This school was erected by the gratuitous work of the members of the Dundalk Building Society, A.D. 1833’.

At this time, also, there was an infants school on the Mill Road beside the mill ‘under the patronage of the rector, Mr. and Mrs. Eastwood and Mr. Murphy’.

The modern church dedicated to St. Joseph was build on the site of Castletown House.  It was occupied by the Hamills, the Wilsons and in the 19th century by John Murphy J.P.  He was a local magistrate and  extensive landlord, owning the land around Castleroche. He had a reputation for being unusually generous but was described in 1854 as ‘an Orangeman and an uncompromising enemy of popery in any shape…. his friends told him he was sure to be shot but he never carried arms and always walked alone.’  He died in 1898 aged 74. 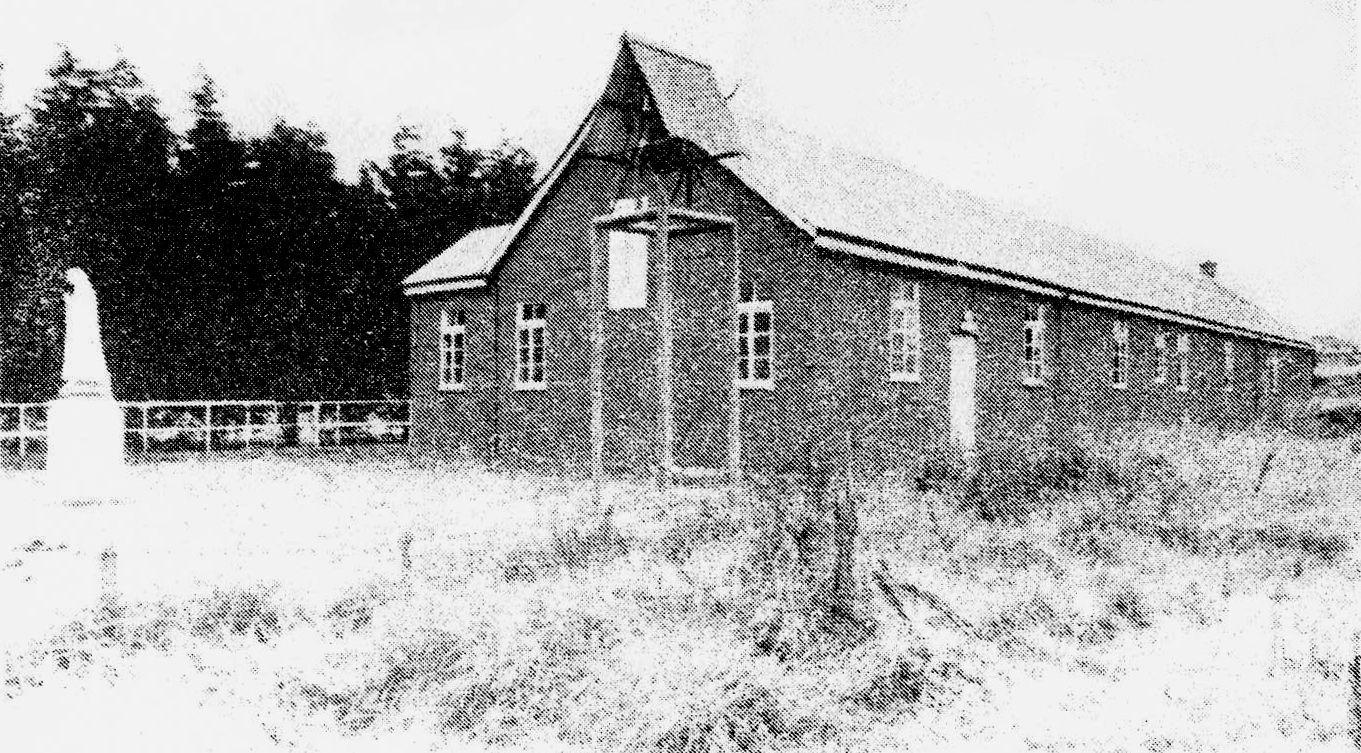 A population explosion took place in Castletown in 1953 when 160 new houses were built at Fatima. Among other things, there was a great need for a church and school.  The parish purchased Castletown or Hamill’s House from Mr. Frances Edgar Murphy-Eastwood for £2,000  for use as a school and church.

The school opened in 1953 with Sr. Rumold as principal and continued in use until Scoil Eoin Baiste was ready in 1966.  It was also used for Sunday Mass until 1956 when a recreational hall was bought from the Convent of Mercy in Arklow and erected for use as a temporary church, the original St. Joseph’s, and as a  boys primary school.  Castletown House was finally demolished in the early 1970’s.