The river has played a significant role in the story of Castletown.

In the old days the river was crossed by means of a number of fords.  The Stony Ford was in the vicinity of Fatima: another further upstream at the weir and a third where the Bridge now stands. At the time this river crossing was the equivalent to the M1 bridge over the Boyne as  it was on a vital routeway known as Sli Miodluachra that ran from Tara in Meath to Navan in Armagh.  The bridge was described in 1816 by Rev. Thackery  as “neat and in good order but built in a situation peculiarly awkward”!

Even today this section of the river is well stocked with fish.  In the past the Eastwoods held the fishing rights to the river and they installed a number of iron hooks in the river bed to prevent poaching.  The stone weir to the east of the bridge was built to divert water into a mill stream used to power the corn mill at Stranacarry on the north bank. Many similar mills powered by water wheels were constructed along the course of the Castletown and Kilcurry Rivers in the 18th century. 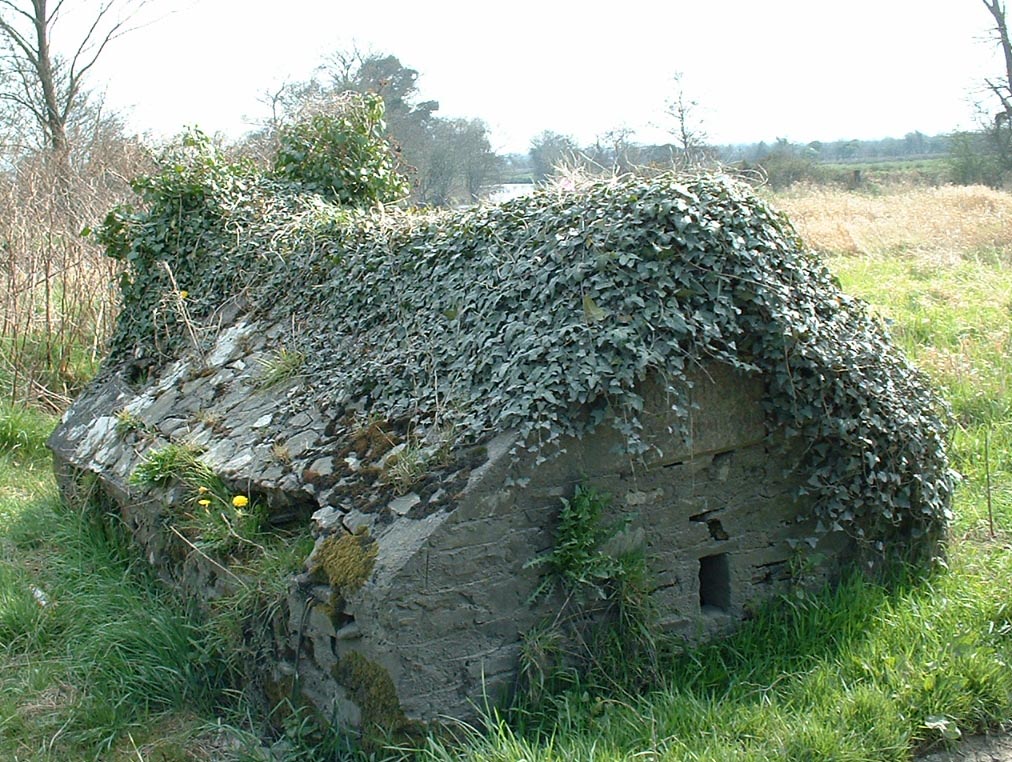 St.John the Baptist or Naomh Eonain is the patron saint of Castletown.  Crowds visited the holy well on the 24th of June, his feast day where a patrun or pilgrimage was held. It was reported that “ the well gushed forth suddenly, covering the meadow on which it stands with water several feet deep in a few minutes.”  It was also a festive occasion and competitions were held for poets, musicians and singers.  Unfortunately this religious celebration became marred by faction fights.  In 1744, a visitor reported that the people “pray, eat, drink and get drunk….. and concludes with broken heads and sore limbs”! Capt. Picken Tipping, the local landowner, had the patrun banned but this was overturned when the local Dundalk breweries objected! It is believed that at one time the well was much closer to the Castle but Capt. Tipping had the water piped towards the river to discourage the crowds gathering near his home Eventually in 1827 the patrun  was suppressed by the local priests.

In the middle of the 20th century Dundalk’s water supply came from the Ravensdale area via the reservoir at Aghnaskeagh. In 1960, because of increased demand, a new scheme was installed using water taken from the Castletown River immediately upstream from Toberona Bridge.  The water was pumped to the Mount where it was treated before being piped by means of gravity to the town.

It would seem that the river was navigable in the past as far as Saltown where a small dock was built by Pirate Byrne for his ‘trading’ activities.  He also used water from the river for the production of salt.

There is no longer a mill on the Mill Road but there may have been as many as three at different times.  A water mill is first mentioned in the 1320’s but it probably dates back to the 12th century when it was an important feature of Bertram de Verdun’s medieval manor. A ‘Henry the Millar’ is mentioned in a 13th century deed.  Garstin’s map of 1655 shows the mill as a rectangular building and water wheel situated on a stream to the E of the Mill Rd.  The course of this stream can still be traced in a field to the NW of the School.  This stream was diverted to form a mill race for a new mill in the 19th century.  This was later converted to steam power and a tall chimney erected.

About this time the mill was to play a fascinating part in Dundalk’s attempt to become the first town in Ireland to be lit by electricity. In 1886 the Town Board accepted a tender from a Mr. McCarthy for the lighting of the street lamps of the town by electricity. Gas lighting was costing them £439 a year and McCarthy said he would do it for £400!   He installed dynamos in the mill at Castletown to generate hydro electricity and  erected wires to carry the current into the town where arc lamps were erected in the streets.  On a frosty January night in 1887, the population of the town turned out ‘to the last child’ to witness the illumination.  The light was turned on, blinked and spluttered and went out. On succeeding nights further attempts were made; on the third and fourth nights the town was brilliantly illuminated.  Sadly, however, after this initial success there were far too many failures and McCarthy was forced to abandon his undertaking. The Board adopted oil lamps to light the town’s streets and it wasn’t until 1912 that electric lighting was eventually  introduced successfully.

Most of the older houses in Dundalk are made from red brick.  These bricks were manufactured in a brickworks that was set up by Edward Manisty, a local industrialist, in 1885 at what is now the junction of the Castletown and Ecco Roads.  Long ago that area was under sea level and extensive clay deposits were laid down.  The clay was quarried from clay pits that stretched from the Brickworks as far as St. Ronan’s Tce.  A system of conveyor belts brought the clay to the kilns located at what is now a fireplace showroom.  A railway siding was provided for the transportation of the bricks.  At its peak the Brickworks was producing over 2½ million bricks annually.  Portrane Asylum in Co. Dublin was built using Castletown bricks. The tall chimney at the Brickworks was the source of an environmental debate when James Barton complained that the smoke from the kilns was a great nuisance when the wind blew in the direction of Farndreg House. 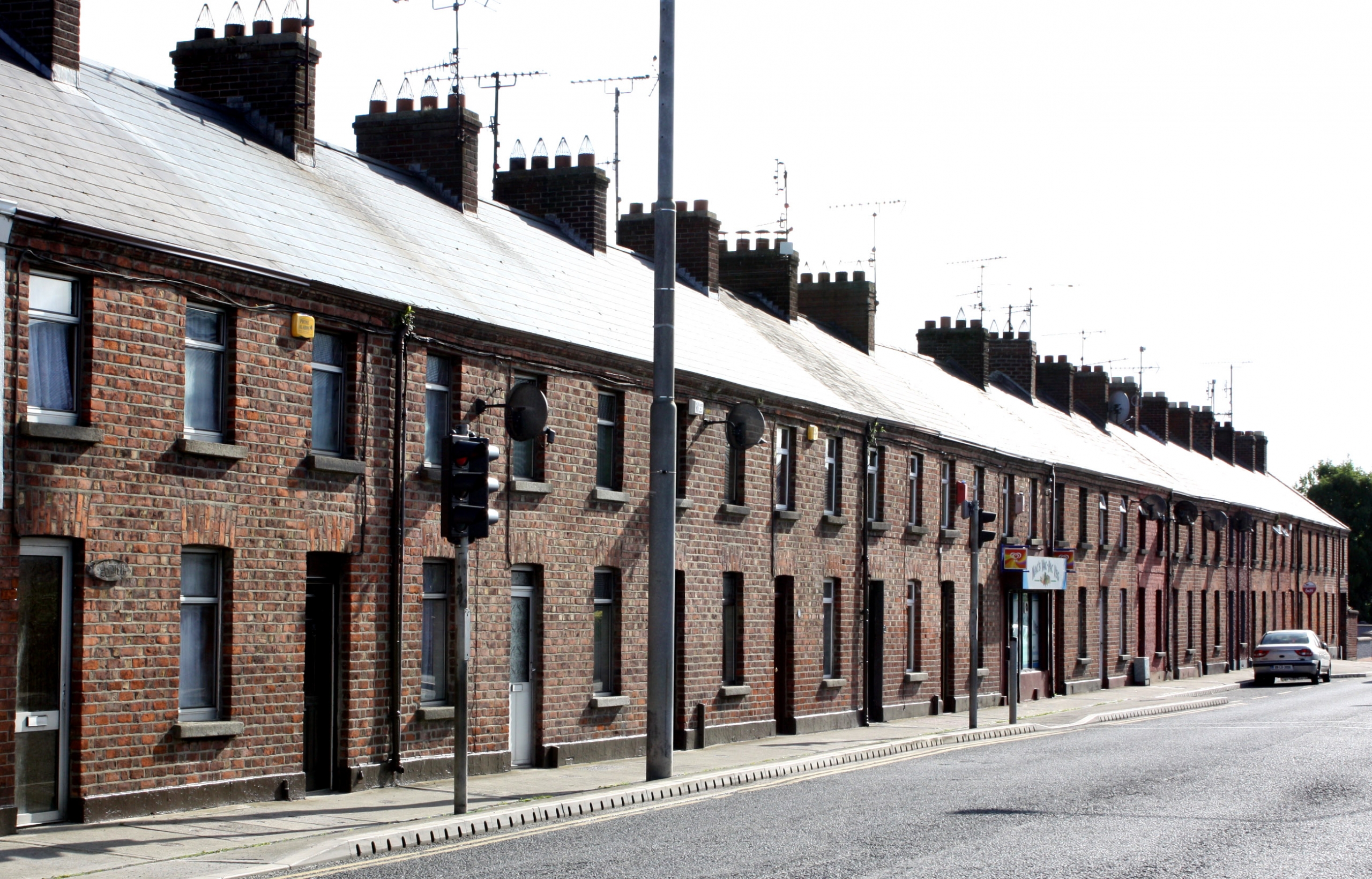 By the outbreak of WW1 the industry was in difficulty and production finally ceased by the 1920’s. It was taken over by Wynne and McAdorey, local builders and adapted for woodworking.  However, it wasn’t until the 1960’s that the pits were finally filled in with domestic refuse and once again local environmental concerns were raised.