Did Cuchulainn Come From Castletown?

Cuchulainn was, of course, the great hero of Irish legend but isn’t regarded as an historical figure.  Yes, the stories are probably based on a brave warrior but his exploits have become greatly exaggerated.

If, in fact, Cuchulainn did exist, Castletown could claim to have played a significant part in his life.

Here are some facts about Cuchulainn and also some fiction! 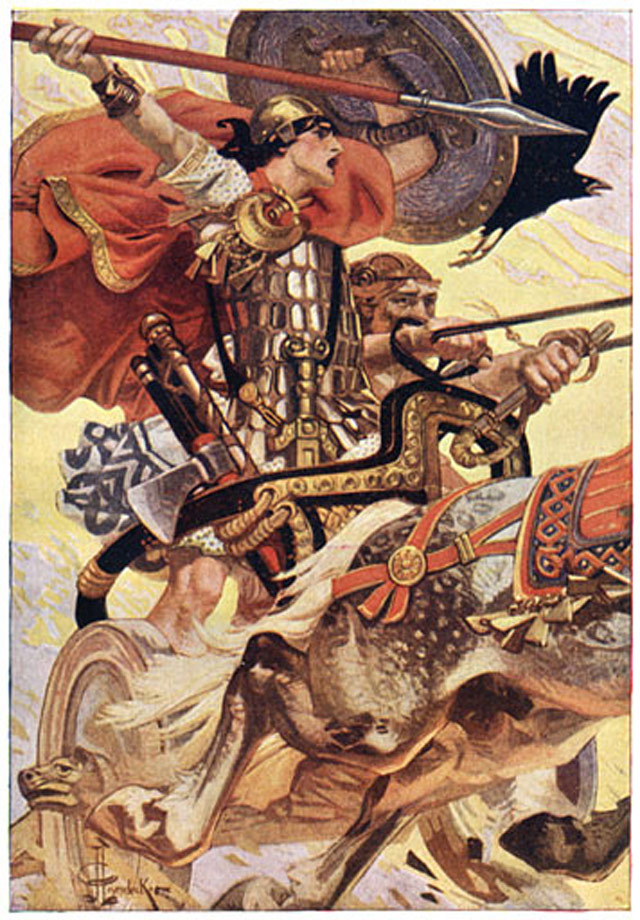 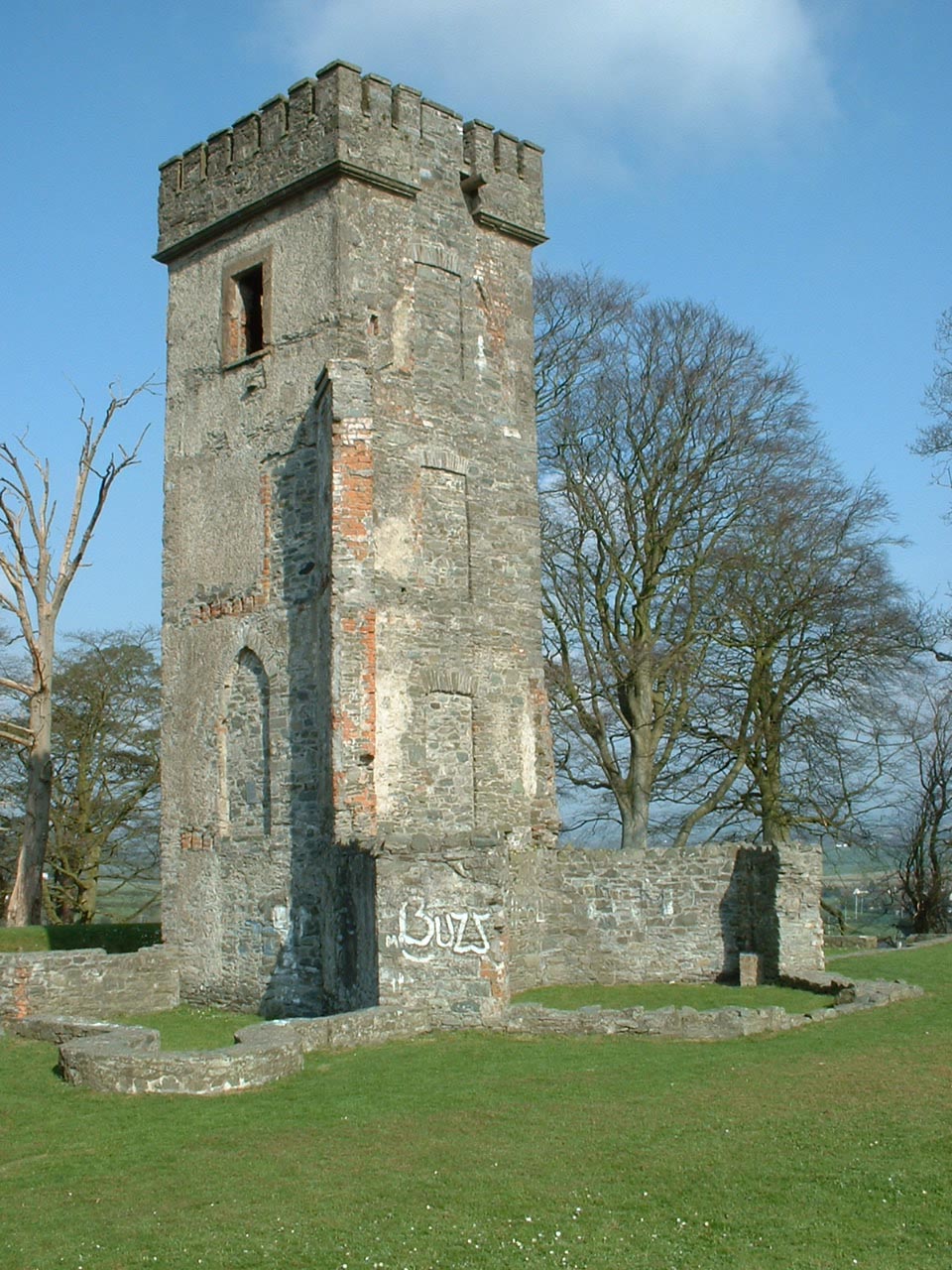 Patrick ‘Pirate’ Byrne was one of the great 18th century personalities of Castletown.  He lived at Saltown in a fine house with walled gardens on the banks of the river where he ran a salt manufacturing business. It would seem that he wasn’t a real ‘pirate’, but earned the title as a result of freetrading and smuggling activities.  There was a small quay at Saltown and this would have been used for ‘importing’ fine wines, linen, etc. without paying excise duties.

His great wealth would have been common knowledge and in 1780 seven robbers armed with pistols entered Saltown and demanded his keys and money.  Patrick had the guile to give them the keys to his cellar and they proceeded to attempt to drink the contents. The militia were sent for and the drunken intruders arrested.  At that time burglary was a capital offence and the seven were hanged at Gallows Hill in Dundalk, where the Garda Station is presently situated.

In the same year he constructed a house on Castletown Mount for his nephew, ‘Patrick Byrne of Seatown’.  A straight road ran from Saltown directly to the Mount following the N side of the graveyard.  It has been suggested that this construction was intended as a display of wealth or one-upmanship.  Situated on the most prominent site in the area it would have overlooked Dundalk House and the demesne of James Hamilton in the town below.  Byrne was typical of the rising Catholic middle-class  at this  time of economic prosperity under Grattan’s Parliament.  It may not have been used by the Byrnes as a family home but rather as a summer residence and was sometimes referred to as ‘Byrne’s Folly’.

Patrick Byrne died in 1791 and is buried in a very distinctive tomb in Castletown graveyard.  The inscription which no longer exists recalled his sea-faring ‘exploits’:

’Tho’ Neptunes waves and Boras’ blasts

Have tossed me to and fro

Yet after all I am come at last

Where I hope my bones will rest

Unto Judgement Day shall be.

O  good Christians who read this

I beg you will pray for me. 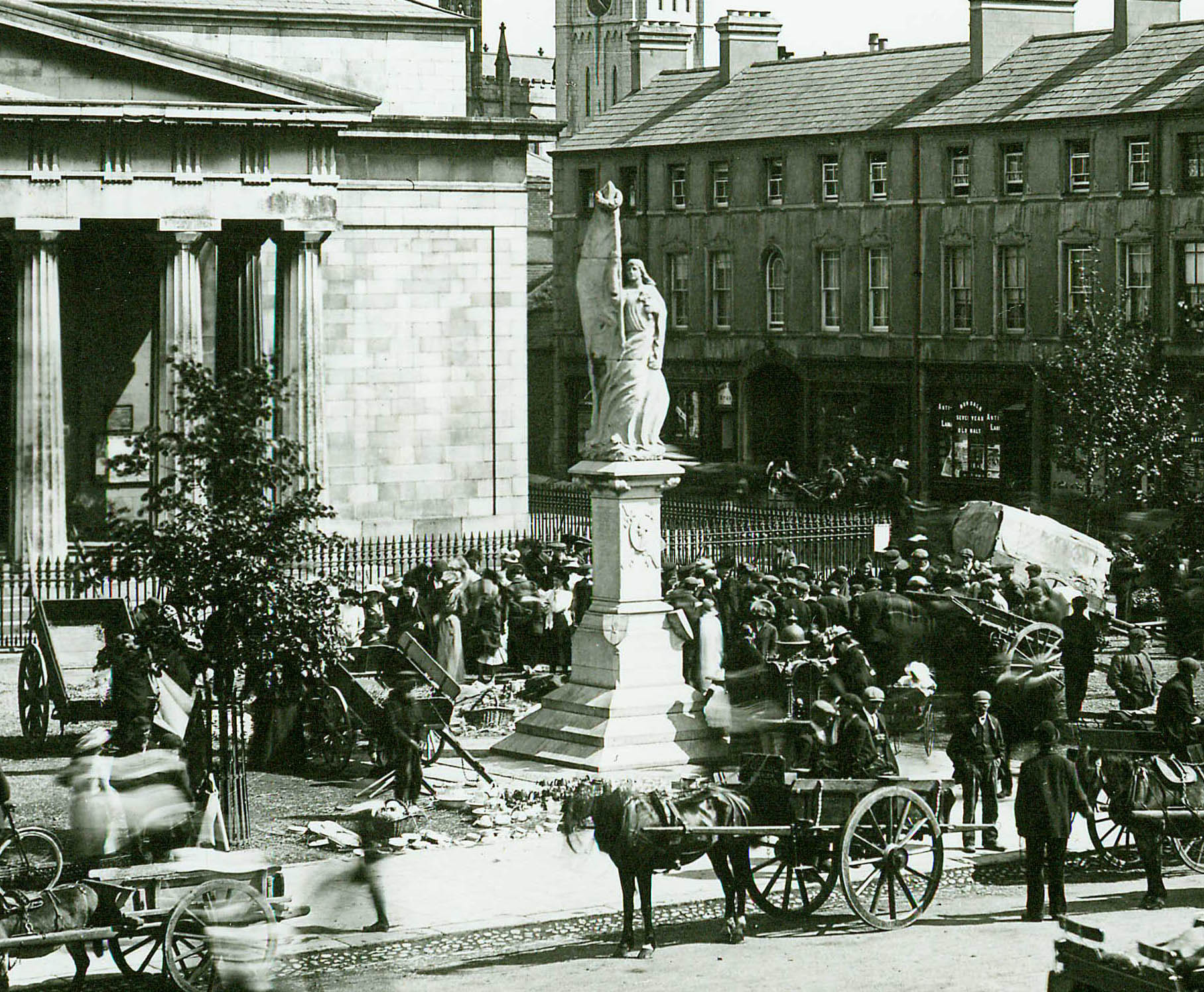 In the year of Pirate Byrne’s death the United Irishmen were set up to bring together people of all religions to secure a national parliament for Ireland.  In 1792, a grand nephew of the Pirate’s, Patrick Byrne Junior, got into a lot of trouble for what would be today a rather harmless letter to a newspaper.  Signing himself ‘Commonsense’ he encouraged ‘union of all classes of Irishmen…and an end to be put to tithes and taxes under which Presbyterians and Catholics equally groaned’  He was charged with ‘seditious libel’ by the Attorney General himself at the Dundalk Assizes of 1793 with three judges presiding.  Found guilty he was sentenced to 2 years imprisonment, fined £500, bound over to keep the peace for 7 years with sureties totalling £2,000!  On serving his sentence he joined the French army and died in Berlin in 1812. 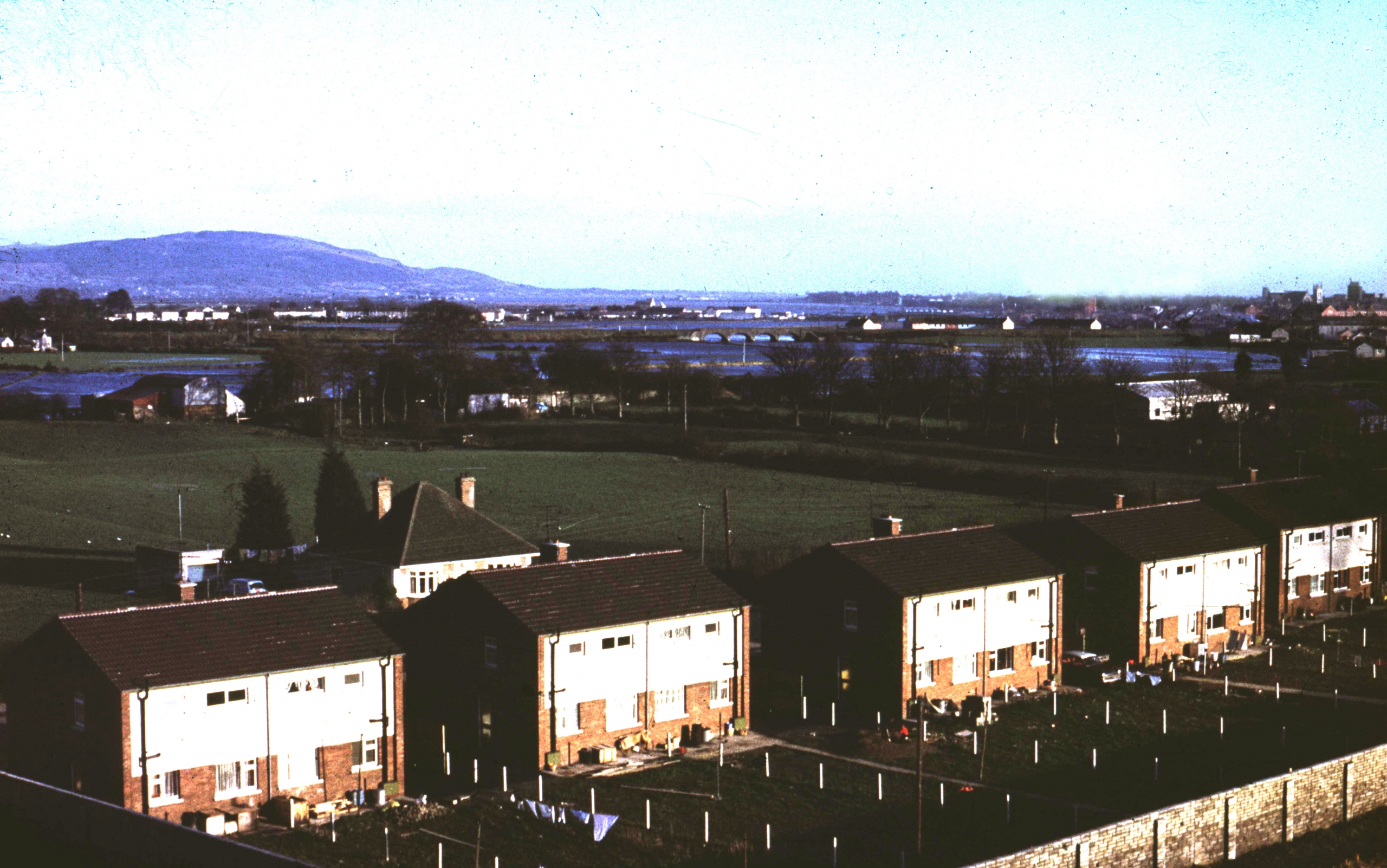 Saltown got its name because of the salt making plant that operated in the 18th century by the Byrne family of Castletown and Seatown.  Pirate Byrne lived in the adjoining house which was known as the Salthouse.  At this point the Castletown River is tidal so salt water was available. Large iron pans were used to evaporate  the water leaving the brine or salt.  Around 1940 one of these old pans was discovered at Saltown.

Made of wrought iron and studded with large rivets it measured 10ft x 8ft x 16ins.  This was a thriving industry at that time as there were a couple of other similar salthouses at the quays in Dundalk.  Isaac Butler, a visitor to Dundalk in 1744, reported ‘ there is three salt houses which are said to make exceedingly good salt with sea water.  They have a great call for it, and ‘tis said the owners have considerable profit..’

Because of  the revolutionary activities of  Patrick Byrne ( he renamed his house ‘Liberty Hall’) the salt house at Saltown was burned down by the yeomanry in 1798. 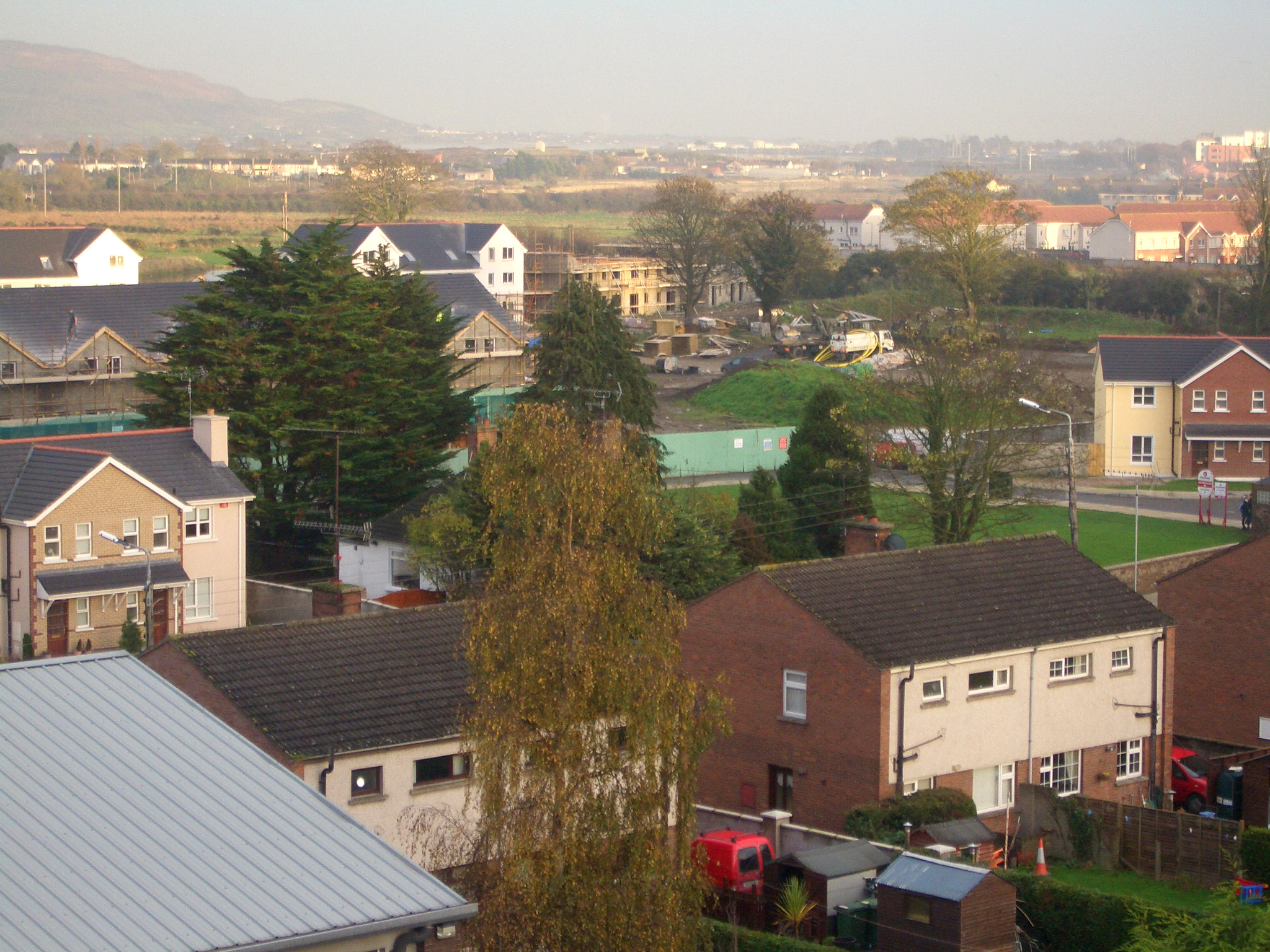 In the 1840’s, the hugely popular Daniel O’Connell was campaigning for the repeal of the Act of Union.  To push for this he planned a series of Monster Meetings where thousands would attend to demand the right of an independent Ireland to govern itself.  These meetings were held in locations of historic significance like Tara and Clontarf.  Castletown was the location for such a meeting on the 28th June 1843.  The Mount Field was an ideal venue because of its proximity to Dundalk, its great area and, of course, the slope afforded everyone the opportunity to see The Liberator clearly.  Triumphal arches were erected in various places throughout the town and a huge crowd – estimates vary between 30,000 and 300,000 – gathered to listen to O’Connell’s message of  ‘All Irishmen for Ireland and Ireland for all Irishmen.’

The playing fields around the schools in Castletown were in the past known as Soldiers’ Field.  Between 1882 and 1885 the King’s Own Liverpool Rifle Regiment were stationed in The Curragh in Co. Kildare and they used this field for their annual  summer camp.  Every week they marched to the Green Church in Dundalk for Sunday morning service led by the regimental band and mascot, a goat festooned with bells!  The regiment saw very little action in Ireland at that time, apart from being sent to Belfast to deal with sectarian riots that coincided with the introduction of the First Home Rule Bill of 1886. 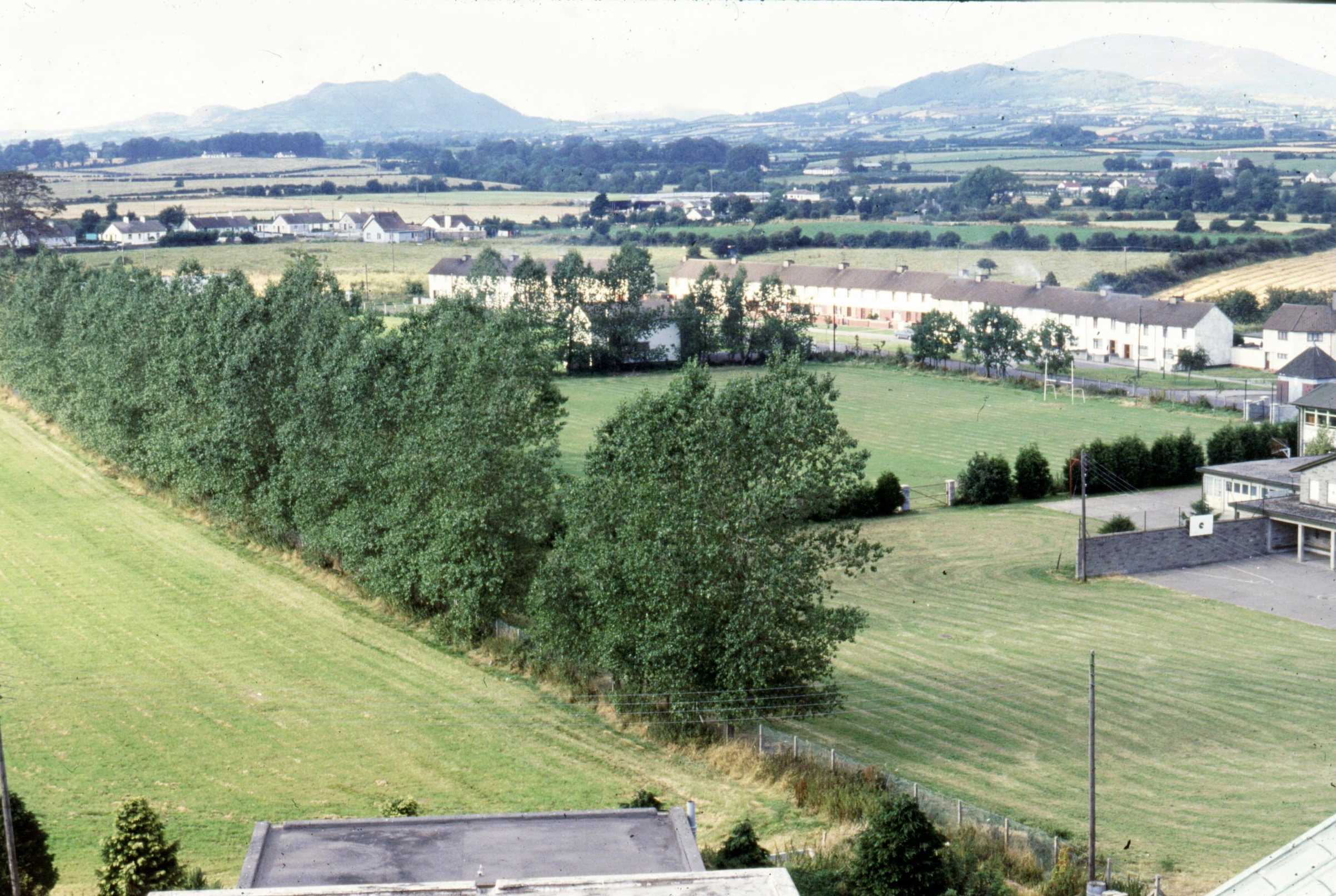