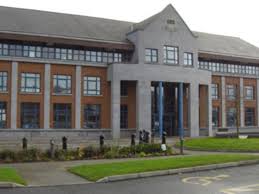 The leaders of our Student Council Clodagh Shine and Hannah Mullen, along with the three fifth year representatives, Eva Carrie, Kerry Mc Kenna and Ciara Duffy, were delighted to accept Councillor Maeve Yore’s invitation to attend the Louth County Council monthly meeting on Monday January 21st – the 100th anniversary of the first sitting of Dáil Eireann. Cathaoirleach Liam Reilly chaired the meeting and the girls saw the council business in action. They also got the opportunity to meet MEP Mairéad Mc Guinness and chatted to her about Brexit amongst other topics. Thank you to Ms Patricia Kelly for arranging this opportunity for the students, and for her continued support of the Council.

Thanks to Eva Carrie for her report on the event:

‘The main topics on the agenda were Brexit and the RSES (Regional Spatial and Economic Strategy). The minutes of the previous meeting were read and confirmed and the councillors had the opportunity to raise issues arising from the minutes. Councillors discussed vacant land plots in Dundalk which were not recorded as vacant and how this is affecting local revenue. There were many concerns around a no deal Brexit but the ultimate consensus at the end of all discussion was that nobody really knows what is going to happen! This obviously is cause for some concern and that was clear today.
We met Fine Gael MEP Mairead McGuinness who is also the Vice Chair European Parliament and she spoke to us about her role as a representative of Ireland in Europe.
It was great to meet such a powerful role model for women on this historic day. Thank you so much to Cllr Maeve Yore for offering us this wonderful opportunity.’ 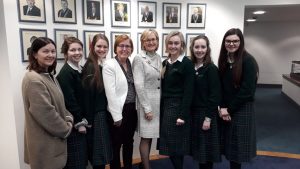 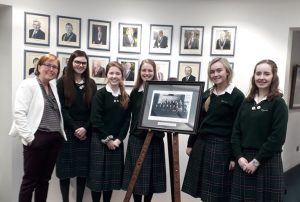 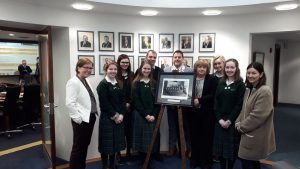