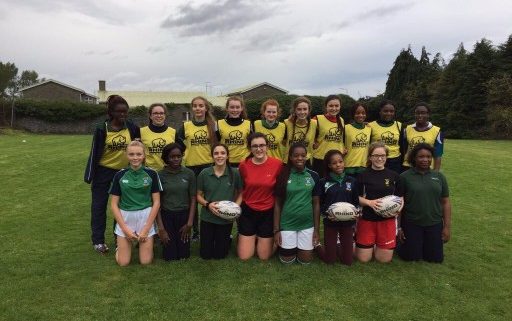 This week there were two teams in action for the school.

The St.Louis Senior Gaelic Football Team got their season off to a winning start with a comprehensive victory over Colaiste Rís. There were goals galore in the opening 10 minutes of the match and with the Colaiste Rís defense caught off guard, the St.Louis forward line took full advantage with Aoibheann Murphy, Caoimhe Matthews, Lee Lawlor and Kayla Byrne scoring for the home side. The middle pairing of Seoda Matthews and captain, Roisín Osborne dominated throughout the match and their work rate was nothing short of spectacular. Colaiste Rís to their credit never stopped trying to break through the St.Louis defence but with Nicole Newell, Kellie O’Donohue and Carla McGee in fine form, their task was a difficult one. When they did manage to push past the back line, Goalkeeper Mia Rogers was there for her team  and pulled off some magnificent saves. At half time St.Louis were well in front and there was no way back for Colaiste Rís. St.Louis pushed on to finish the game convincing winners with an impressive all round team display. Final Score St.Louis 6-13 Colaiste Rís 1-1. Thank you to Ms Elaine Byrne their coach. 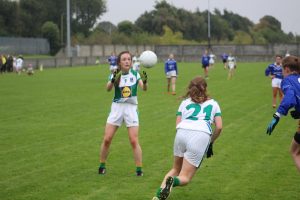 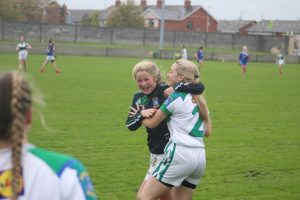 The U16 Basketball was also in action this week – on Friday they travelled to Gormanstown for a game against the home side. The girls played sucessfully and came back victorious. Natasha Kearney, Alejandra Sargaday and Hillary Okonkwo worked well on the team, as did Eryn Traynor, Aoibheann Murphy and Princess Okonkwo. Katie Rooney, Kaiya Taaffe and Julie Guinan defended gloriously. Well done to all. Thank you to Ms O Byrne their coach. 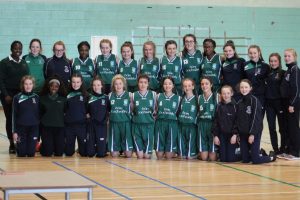 The golfers met twice this week at lunchtime and are progressing nicely under the direction of Ms Deirdre Smith.

The volleyball season has kicked off – the first spikeball tournament will take place in St Louis next Thursday October 12th with visiting teams from Dublin.

The Thursday walk is still very popular with students and Ms Mc Dermott, Mrs Mc Grath, Ms Galligan and Ms Woods enjoy the quick trip around the campus each week.

There are Dance classes in The Chapel Hall for Junior students each week, and tag rugby continues as per usual.

Every student who is involved in these activities receives points on VSware which encourages the girls to participate in as many activities as they can.

Next week the U19 Basketball team will play in a home game against Gortner Abbey who will travel from Mayo for a rematch. Given that the result was so close the last time the Louis girls will be hoping that luck will be on their side.

Louis Girls in the Sporting News.