Want to learn Spanish? For free? By helping someone else consolidate their learning?

“While we teach, we learn,” said the Roman philosopher Seneca. Now scientists are proving this ancient wisdom is as relevant now as back then. Researchers have found something called “the protégé effect” where students enlisted as tutors work harder to understand the material in order to explain it to someone else.

With ownership of their own learning a key feature of the new Junior Cycle, the students of Spanish in St. Louis are undertaking a Spanish-teaching challenge over the coming 4 weeks.

So why learn Spanish? Spanish is now the 2nd most spoken language in the world after Chinese. It is the official language of 21 countries, with more than 400 million speakers, with the USA soon to become the largest Spanish-speaking country in the world.

Irish people are particularly interested in learning Spanish. The subject continues to be one of the fastest growing Leaving Certificate subjects of the last fifteen years. Approximately 2 to 3 Irish people go on holiday to Spain for every one who travels to another destination. It was the most searched night class in Ireland in 2017. And you can learn it for free!

The bite-sized chunks will be available on the school Facebook page daily from Monday 4th March. Your tutor will check in with you, explain the day’s content and pronunciation and sign off on your language passport. We have already had lots of interest from students, parents and teachers within the school community, but there are still students available to tutor. If you are interested in taking part, please approach a student from any Spanish class or talk directly to Ms. Finigan and she will match you up. ¡Buena suerte a todos! 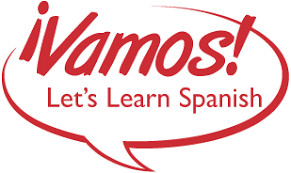