Each week we will bring you news of our sporting events at school and keep you up to date with what is happening.

This week saw the start of the basketball season in St Louis. Our senior team under the expert guidance of Kate O Byrne, ably assisted by Siobhán Higgins headed off to Crossmolina in Mayo at the crack of dawn to face Gortner Abbey. The road trip was four hours long but the girls were undaunted by this and gave a spirited performance, worthy of the Louis reputation for excellence on the court.

The girls were narrowly beaten in the worst possible way. Reminiscent of the fateful Dublin Mayo final a few short weeks ago, the sides were neck and neck all the way until a lucky basket from Gortner Abbey with 18 seconds to go allowed them to clinch victory by a single point.

The team was united in their efforts but special mention must go to Jewell Rosagaran who had a final personal tally of 24 points.

On Thursday evening students from Junior and Senior Cycle laced up their boots for the first ever rugby training session of the school’s newly formed rugby team. The girls got stuck in from the very start and displayed a high level of determination and skill. Leinster  Development Officer Andrew Naylor was very impressed with their performance and believe the girls will do well in their first blitz which takes place in Navan in two weeks. 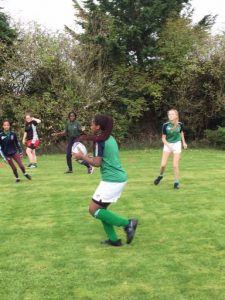 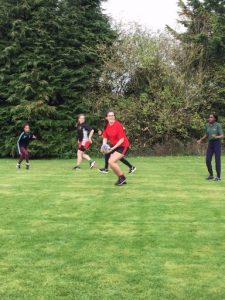 This Sunday saw the  U14 girls county final take place between Glen Emmets and Kilkerley Emmets and we are delighted to announce that six of the winning squad are Louis Girls. Kilkerley were victorious and we were delighted to see two of our first years, Katie Clarke and Sarah Lawrence, three second years, Katie Cotter, Éabha Mc Eneaney and Grainne Lynch, and third year Hermione Mc Aleer celebrate victory with a narrow two point margin. The final score was 3-05 to 2-10.

That bodes well for the gaelic teams here at school who start their season next week. 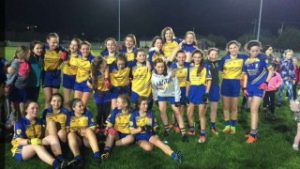 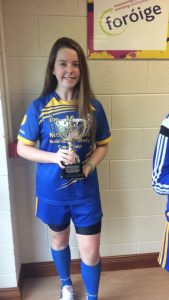