Three of our students investigated whether they could use commonly used agricultural fertilisers to instantly and relatively cheaply cool food produce.

The reason why they were interested in this area was that they were all extremely conscious of the fact that food spoilage because of lack of refrigeration is a serious contributor to world hunger. In particular this is a major issue in the developing world where because of lack of financial resources and access to electricity, food that needs to be kept refrigerated is often not  causing disease, illness and food wastage.

They developed a simple system using easily accessible farm fertilisers to instantly cool food produce. They investigated what fertilisers cooled food samples down to the lowest temperature and most importantly kept the food cold the longest.

They tested this by taking the internal temperature of the food stuffs at regular interval and also by taking swabs from the food samples and seeing what bacteria was growing on the food. All the steps of the investigation work was done with the idea that it had to be cost effective and use materials that were accessible.

The girls won a special category prize at the BT Young Scientist Competition for their very practical and detailed experimental work.

But the excitement didn’t end there. Their project came to the attention of  a government sponsored agency called Self Help Africa. The motivation behind the project aligned itself perfectly with their ethos which is to help prevent hunger in rural Africa. To that end they try to develop expertise in small scale rural business in Africa to improve the farmers and their families lives.

The girls were invited to Iveagh House to showcase their project with other BT Young Scientist entrants. They were able to get a chance to see other contestants entries and speak to members of Self Help about their project and its commercial future.

As they were the overall winners at the showcase he next step will be a trip to Africa to present the girls work and to meet the people who could actually start using this technology to benefit their lives!!! 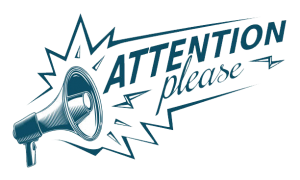 The girls have now been invited to take part in a webinar with Self Help Africa. It will be published on their website, link to be posted here when available!

In the meantime, check out their webinar series based on Science for Development.